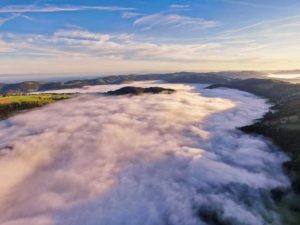 Give Me The Fish (GMTF): Everyone screws up, whether that’s at work, at home, or by yourself. Regardless of how disastrous your screw up turns out to be, the only choice you have is to learn from it and move on. In this case, it’s a lesson in the importance of not being afraid to ask questions. You won’t look as dumb as you think and it can stop small problems from becoming huge issues.

Seven or so years ago, my friends and I decided to become regulars at a diner. We knew a great one down in Albuquerque, New Mexico called “The Route 66 Diner”.

It’s the kind of diner that you know is great as soon as you walk-in. It feels like how a diner should, from the friendly waitress to the thick mugs, stained padded booths, and fading turquoise wallpaper.

The food was American classics with a twist of New Mexico (just add green chilies and a Mexican twist) and came in large enough quantities that once finished would leave you rolling out the front door. If, of course, you could finish your breakfast in the first place.

These breakfasts came after a gut-wrenching workout and quickly became a highlight of our weeks.

It was an opportunity for us to relax, complain about our personal issues, and get a clear, different, and practical view of what we are currently dealing with in our lives.

Usually, this resulted in a pretty good solution and typically was delivered in the form of a lot of laughter and someone turning red in the face after a stinging comeback.

Fast forward to today, and we still do it, even if it’s more sporadic. We’ve had long hiatuses, years without seeing each other, and now one of my buddies’ kid occasionally tags along, but it is still a highlight of the week whern it does happen.

It was at breakfast when one of my buddies, Brian, felt like he had to get something off his chest.

We were sitting there waiting for our coffee when without any explanation he jumps into his story, head first like most things in his life.

Brian: I had a panic attack for the first time yesterday.

Brian: Yeah, I was about to drop some ordinance.

Brian: Well…yeah. I’m running late because there was a mechanical issue in my jet. It was having problems starting. So, my jets’ radio wasn’t turned on. Meanwhile, I could physically see the lead pilot directing for me to hurry up. He was upset enough, that a radio wasn’t required for him to get his point across.

It’s the responsibility of those in the other jets to communicate internally, not hit other things, and to stay close together while flying hundreds of miles an hour.

Needless to say, if one of these pilots make a little mistake, it could end badly. Badly, as in, death and damage to millions of dollars worth of equipment.

And, when I say close, I mean they are only dozens of feet apart. All of this, while strapped to highly explosive machines, doing super tight maneuvers, and in a jet that apparently needs to be jump-started in the morning.

When Your Little Screw Up Quickly Spirals Out Of Control

Brian: When I finally get this jet turned on, I had not only missed the clearance to fly on the radio, I was also hesitant to ask what the heading was (direction to fly on takeoff). I knew what I should do. I should have just asked, but I was thinking, the lead pilot sounded pissed at me for taking so long, so I’ll just radar lock the lead jet and follow him up.

Brian: Fast forward a few minutes and I’m rocketing through the air and heading into the thick cloud cover above and immediately my radar cuts out. I can’t see anything. I’m racing through the clouds at hundreds of miles an hour with no idea where I am going. I know there are four other multimillion-dollar building-sized bullets racing somewhere near me, but I can’t see anything.

Brian: The thing is, I knew the radar had a good chance of cutting out. I knew I should have said something. All of this was running through my head, and I couldn’t stop focusing on what a screw up this was.

Brian: Then I stop. My heart stops. My breathing stops, and my mind kicks into hyperdrive.

***He then paused and stared off for a second in thought, or at the waitress. One or the other.***

Me, fully engaged in the story, impatiently asks: “So, what happened?”

Brian: Nothing. I realized I would be screwed no matter what, so I just kept going until I cleared the cloud cover.

Brian: After I was out, I finally spotted the other jets heading off in a completely different direction. I was jet two in a formation of four. I see three jets in front of me. So, quick math tells me those jets had shot passed me in the cloud cover, probably within feet and had somehow managed to miss me.

Brian: At that point, there was only one thing I could do, I flicked on the afterburners and shot back into formation to catch up.

Brian: The rest of the flight went really well. We wrapped up and then headed in to be debriefed. That entire flight and walking off the flight line that day, I was sure I was going to be stripped of my wings. (lose his right to fly).

Not Asking Questions Makes Everything Worse

I have known Brian for a long time. He is one of those guys that seems to be great at everything he does. He has competed in events ranging from bodybuilding competitions, to ranking in track meets, to becoming a top-notch pilot. And, he has always done exceptionally well.

He also happens to have a degree in mathematics.

All of these amazing things that Brian has done and is able to do, and he still almost got killed by being afraid to ask a single question. His little mistake that almost got him killed and almost turned into a royal screw up.

When most people hear this story, they think “what an idiot”. Because, they have a tendency to always place blame, but this happens every day to everyone.

How many people go through life being afraid to ask about things that confuse them?

How many people spend hours of work only to find out they spent time working on the wrong task or going in the wrong direction?

It’s like they are all caught in this lie of pretending they are perfect and the only dumb ones are those that screw up. And of course, when they do screw up, they feel like the world is caving in, even if it was a spelling error on a PowerPoint.

Then in this game of Catch-22, they take that same principle and are afraid to ask questions because they believe only the dumb ones ask questions. The very thing that would avoid the mistake in the first place, they are too scared to do. All because they don’t want to make the mistake of asking a dumb one.

Learn From Your Screw Up And Move On

The real difference here is how disastrous those consequences could have been. Fortunately, this worked out and there was a life lesson that will never be forgotten. Always Ask Questions.

Brian is a man I have known for a long time, a top performer in everything he does, and he still almost made a fatal mistake and only sheer luck pulled him out.

Will he screw up again in the future? Absolutely, but you can bet it won’t be because of not asking questions. It may have taken him a panic attack at 18,000 feet to get there, but it is a life lesson he will never forget.

It’s ok to make a mistake. It’s ok to screw up. And, if you do, learn from it and move on.

And if you can, learn from others. In that case, learn from Brians, and don’t being afraid to ask questions.

That kind of behavior is for the average. 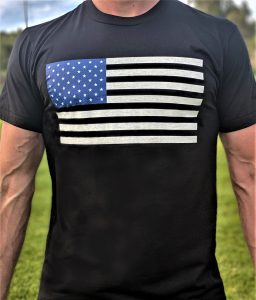 Get Your Unapologetic American T-Shirt

Buy Now
Subscribe
Running 50 Miles: Weak, Slow, And Dainty Keep It Stupid Simple And Learn How To Stop Being Indecisive