A Day Is Good Enough – New Years in Valparaiso, Chile

Give Me The Fish (GMTF): Valparaiso, Chile is not my cup of tea, but it’s worth checking out. If you do find yourself in Chile at the change of the year, spending New Years in Valparaiso is not a bad place, just make sure you get a hotel and a bus out of the city in advance. And, be ready for a million-person party. You only really need a day there, maybe two, and contrary to how I normally travel, if you do find yourself there the free tour the city provides is worth checking out.

***Head to the previous blog on Santiago, Chile Travel and read if we are a good fit for you on your adventures.

Off to Spend New Years in Valparaiso, Chile

My wife and I opted to just spend New Years in Valparaiso, Chile. Chile is a massive country and has a lot of sites to see, and we aren’t exactly the laze around type of people.

So, there we were at 6:30 AM catching the metro to the ” Estación Alameda” in Santiago, Chile. We had bought bus tickets a couple of weeks before we arrived in Chile from a site called Bus Buds, and we were on our way to pick them up.

We had been given a tip before we left about this being the busiest time of the year, especially for New Years in Valparaiso, Chile, turns out, that’s an understatement.

We had actually gone the day before to ask to get our tickets printed (We didn’t know if they print them or not. They do.) and make sure we knew the process. It was our first bus outside of Santiago since we arrived in Chile and while we do like adventures, we didn’t want one at 0630 the next day while trying to hitchhike to a new city.

So, not full maybe?

Either way, that’s the route we took.

We got our tickets and sprinted to catch the bus. A couple of minutes after we boarded, we were off to spend New Years in Valparaiso, Chile.

An hour and a half later we get dropped off in the middle of the city and once again, we are lost in a new city with nothing open. Which kind of sucks, because while we are not shy about walking around with packs all day, it’s not preferable and especially not without a cup of coffee.

The land of everyone needing their beauty sleep. So, we wander the streets, slowly heading towards the downtown area with our rucksacks.

Needing to kill time until Chile wakes up, and kill even more time before New Years in Valparaiso starts, we start our search for coffee.

Eventually, we find a place opening at the crack of dawn (for Chile) at 0930. We get some coffee and start planning for the rest of our day.

We decide to check-in early at our Airbnb and walk the 3.5 miles to where we’re staying. The city is just starting to wake up and we slowly pass from the poorer working-class areas and into the “old town” wealthier area.

We finally get to the right address and hike up the 400 meters of stairs (literally) to get to where we are staying. We ring the doorbell and the place lets us in. It’s extremely friendly, and better yet, the view is amazing (check it out here). You could see the entire city and the harbor from our bedroom.

We chill there for a couple of hours because unfortunately, I had to get some work down. But, after that, we headed out. We heard there was another free tour like Santiago and they were meeting down at the city center. Besides, we are really just marking time before the million man party that New Years in Valparaiso is supposed to bring starts.

*Just like Santiago, they have the free tours at 10 AM and 4 PM, map here.

We headed into the town square to kill time until the tour. As we sat there, we see crowds form, just like in Santiago and before you know it there were a hundred people chanting something in Spanish and standing on top of this 20 ft tall statue and decorating it and blindfolding it.

More Chilean protests. Though they seemed much friendlier than Santiago’s and we notice for the first time, that unlike Santiago, we had yet to see a single cop. But, no one is doing anything that cannot be reversed and the crowd was pretty peaceful.

30 minutes later it breaks up and everyone is back to doing their thing somewhere else.

After a while we start seeing a group of mostly white people starting to gather in the town square, carrying backpacks, wearing hiking boots, sun hats and a too thick layer of sunscreen…. that would be the tour group.

We head over and see a guy in the middle wearing his blindingly red “FREE TOUR” jacket. He is rotating between speaking Spanish and English depending on where everyone is from and what language they know.

The group is pretty diverse with there being a couple of Germans, a group from southern Chile, two guys from the Netherlands, and a couple from Czech.

The tour guide took us all over the city, checking out all of the crazy street art and discussing the history of Valparaiso, Chile as we go. Head to one of the other 42 million blog posts online about what to actually see, but what is really cool is about how the city was formed.

Valparaiso, Chile a Foundation of Fisherman

Valparaiso was never planned to be a city. It was formed by fisherman that were just there to fish the sea. Slowly over time through joint community efforts, Valparaiso, Chile formed into a well-functioning township.

Even to this day, the city has volunteer firefighters that are paid through donations and tips after they saved someone’s house from burning down (those tips better be pretty good).

The fisherman tradition is why the houses are all unique. Due to the strong currents in the harbor, ships had to weigh themselves down with ballast before they could pull in, but once they pulled in, they just dumped it on the shore. All of this ballast soon became the building materials for the city.

Over time the area started attracting artists who came to the city for cheaper places to stay and have a place to focus on their artistry. Like most places on the planet, these artists started gentrifying the area.

A Haven For Artists

But what this caused, compounded with the lack of a lot of formalized rules, was a haven for artists to express themselves everywhere. This resulted in the entire city turning into an artist’s haven. Almost every building is covered in murals and artwork that is always being painted over and changing.

The shop keep owners and homeowners alike will pay better artists to come and paint bigger and better murals on the outside of their buildings. And while at first thought you might think it’s a cultural thing, but it’s almost like protection money.

If a mural is paid for, or if it’s from a better-known artist, other artists have an internal code to leave it alone.

Otherwise, it’s all fair game, giving the entire city this evolving paintscape across the city. This encourages shopkeepers to scout out better artists and pay them to paint the outside of their buildings.

Due to this competition and this informal system quite a few international graffiti artists have sprung from the city like Inti (check out his Instagram).

New Years In Valparaiso, Chile Is The Place To Be

After the tour ended, we took the train up to Mira Mar to check that part of the city out for a couple of hours and then headed back to get ready for New Years in Valparaiso.

That night we celebrated New Years. Valparaiso is known for being one of the top spots in the world to celebrate New Year’s. Over a million people show up every year to party it out there in the streets.

We headed out around 10 PM for Plaza Bismarck. By the time we got there, the place was already packed with people, food vendors, and Booze.

It got more and more packed as it struck down towards midnight. The city was launching a quick succession of fireworks in 5-minute increments.

In the countdown a group of 20 or so of 40-50-year-old men and women showed up and started a chant about bringing down capitalism, soon people started joining in. That continued until a few minutes before the start of midnight.

Finally, midnight struck at the entire sky lit up and continued to be lit up for the next 20 minutes.

The fireworks were launched up and down the coast, with 15 identical sets in all. The fireworks just kept going, eventually crowding the entire area in so much smoke that you could only hear the fireworks going off for the last 5 minutes.

Then once the fireworks stopped people took to the streets. Stages were set up, DJs and bands were playing in plazas around the city and bonfires were started at intersections.

We ended up going to bed around 1:30 AM and waking up at 6 AM only to see the city still partying. It wasn’t until around 7 AM that people finally decided to wrap it up.

On To the Next Adventure

New Years in Valparaiso, Chile was a cool place to be and worth the trip, but not my favorite, it felt more like a toned down and old school San Francisco.

It was nice to see a place built off the visions of artists and fishermen who created a life for themselves out of not very much. It’s a lesson a lot of us forget while living in a well-developed country that seems operated more by clockwork then living souls. But, either way, one day was plenty to check out the city. It was time to move on, and we had to catch a bus that morning.

As we left our Airbnb and headed down to the bus station, we saw the aftermath of New Years in Valparaisio and the carnage that had ensued. But, hey, sometimes it takes a little carnage to have a good time.

Another Adventure down, our next step was busing down to Talca and Temuco to check out wine country and then off to the Atacama Desert. 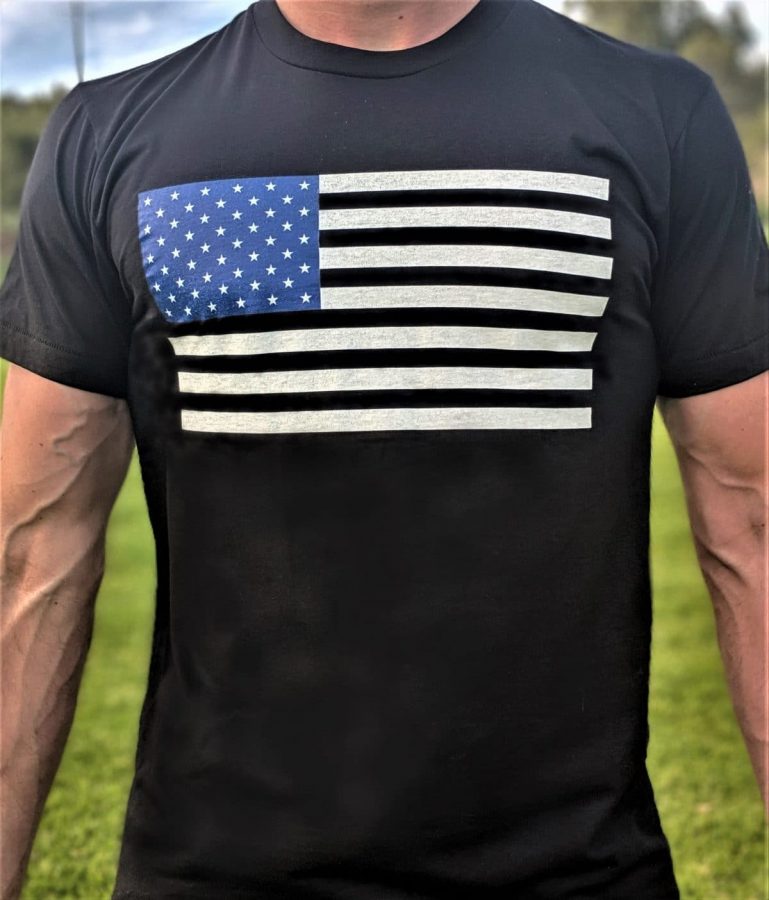 Get Your Unapologetic American T-Shirt